Cecil’s call up notice finally arrived with instructions to report for service at No 1 Aircrew Reception / Receiving Centre (ACRC), at RAF Regent’s Park, on 9th August 1943.

The notice stated “you will be taken on strength from the date you report for duty and will also be issued with uniforms etc as soon as possible thereafter. You should therefore bring with you the minimum of personal requirements”.

He packed his small suitcase, said farewell to his family and made his way to the ACRC assembly point, which was at Lord’s Cricket Ground.

The weekly intake, which this week was 1146 civilians, was separated into “flights” of sixty men, each under the command of a NCO; each flight was identified by a flight letter and intake number (eg A Flight, 130 intake).

RAF Regent’s Park would be Cecil’s home for the next four weeks and he was marched from the cricket ground to start the training process.

RAF Regent’s Park consisted of an area in north-west London, which had been requisitioned by the Air Ministry for the purpose of accommodating and providing training facilities for up to 5,100 recruits. 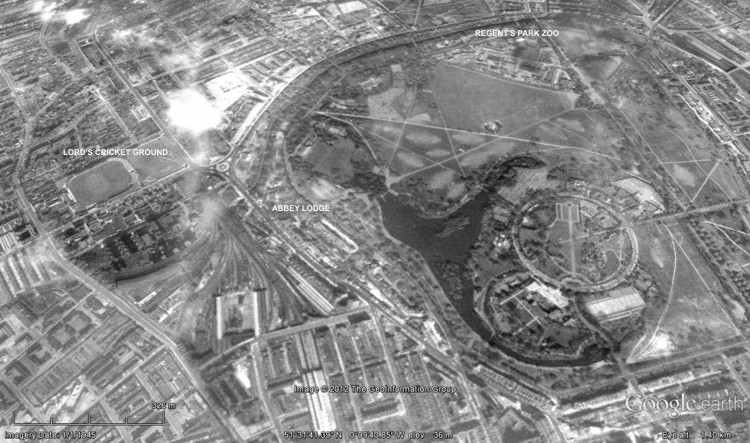 Each recruit had a “bed space” comprising either an iron framed, wire mesh bed or the equivalent space on a carpeted floor in a “dormitory” room in one of the many blocks of requisitioned flats in the St John’s Wood area.

Local offices, shops and garages were used as communal areas for kitting out, eating and training.  Local amenities, such as parts of Lord’s Cricket Ground and the canteen at Regent’s Park Zoo, were also utilised.

During the first two weeks of training, Cecil was registered, given a haircut, had dental checks, was inoculated against diphtheria, typhoid and smallpox and had a “very personal” examination to ensure that he was “free from infection”.

He was issued with his identity documents and tags: 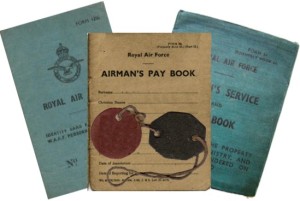 He was also kitted out with his basic equipment and service dress uniform which consisted of:

The quantity of each item that was issued to each recruit was detailed in the Scale of Issue.

He was instructed to mark each item of kit with his service number; he now had the arduous task of ensuring that all items were kept spotlessly clean and that they were precisely laid out for both the daily bed inspection and the weekly kit inspection.

Air Diagram 1385 showed how the kit should be laid out for these inspections. Any lost or missing kit had to be recorded on a Kit Deficiency Form (Form 1383). 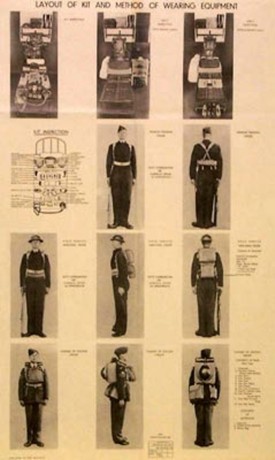 The diagram also showed the recruit how to wear the various pieces of equipment with the “Best Blues” uniform.

Cecil entered the RAF as an Aircraftman Second Class (Grade A) and in the trade of Aircrafthand / U/T Flight Engineer.

His pay was 3/- per day (plus 6d per day war pay) which he collected (minus any allowances) at the fortnightly pay parade.

On 11th September 1943, Cecil successfully completed this stage of his training and he was posted to No. 21 Initial Training Wing (ITW) at RAF Torquay.